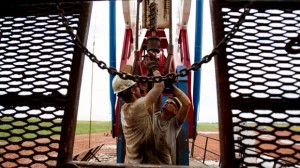 Its uncommon to think about Northern Alberta’s oil industry without thinking of its culture of addiction and substance abuse, however, it is estimated that 60 percent of oil workers with these problems do not seek treatment for them. It might seem irrational that a demographic with so much behavioral disfunction would not seek help, but there are some very specific social and cultural reasons for this.

The oil worker population is over 90 percent male, as a majority of the jobs are labor intensive. Men are statistically much less likely to reach out for help with a mental or medical problem because of socially constructed gender identities that tell them it is a sign of weakness. It is very common for men to be influenced toward this mindset of traditional masculinity in their upbringing.

Men come from all over Canada to work in the oil sands for the lucrative pay, and most of them are housed in camps created for transient workers. Most of them are physically separated from their relationships and friendships, and find themselves in the harshest of working conditions without a support system to turn to. This is often what leads to experimentation with addictive substances. Many oil workers state that their substance abuse problems began as a result of trying to bury feelings of loneliness and frustration. The substance works at first, but as addiction consumes the person’s life it has the opposite affect, spawning mental and physical instability.

This masculinity complex turns an individual’s emotions inward and influences them to deal with emotions in an unhealthy way. It is important that this barrier be broken so that the workers of the oil industry can be enabled to reach out for help and end the suffering that comes with addiction and substance abuse. Professional addiction treatment and rehabilitation programs are available to oil workers to help them begin the path of recovery. 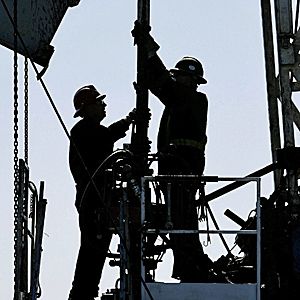 The substance abuse problems that plague Alberta’s oil industry are resulting in lives lost and torn apart. Young to middle aged men come to Northern Alberta with the honest intentions of working hard and making a decent living. But upon arrival, they are sucked into a vortex of drug and alcohol abuse, and mental disorders run rampant due to the harsh, restrictive conditions and the absence of healthy recreational activities.

Drug traffic is very prevalent near the oil sands because of the incredible amount of money workers have to spend on it. Drug gangs and individual dealers have a booming market of their own in towns like Fort McMurray, Alberta, which is the closest city to the oil sands. The availability of drugs is limitless, with cocaine (the “wealthy man’s drug”) being the biggest cash crop for dealers. It is estimated that a majority of the mental disorders found amongst oil workers can be tied to drug use.

The substance that is most abused amongst oil workers is a legal one: alcohol. As alcohol sales in Alberta are gradually privatized, the availability of alcohol increases along with cases of alcohol abuse and alcoholism. Sadly, this addiction is also the most under resourced one, with government funded rehabilitation services being heavily depleted and stretched beyond their means. Often, alcoholics will receive little more than a basic support group to help them with sobriety, when what they really need is inpatient rehabilitation.

Oil workers afflicted with addiction to drugs and alcohol should be receiving proper substance abuse treatment, even if they have to find it outside of Alberta. There are plenty of addiction rehabilitation programs in neighboring provinces that are eager to help the oil industry with its substance abuse problems. No paycheck is worth the destruction of the worker’s life. Addicts and families of addicts are encouraged to reach out for help before it is too late. With alcohol rehab Alberta, there is always an opportunity to improve one-self and seek counselling. 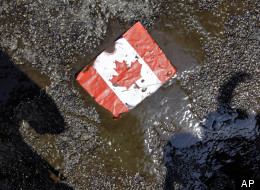 Alberta has run into a problem of depleted substance abuse treatment resources. It is becoming widely known that the oil industry of Northern Alberta has spawned a culture of rampant substance abuse problems. Oil jobs are incredibly high paying, but demand the worker to live in harsh northern conditions, usually in a work camp. This attracts a largely male demographic who find themselves living with little to no entertainment or recreation after their grueling work week, causing them to turn to drugs and alcohol for amusement.

The sale of alcohol in Alberta is becoming privatized, making a vast selection of liquor available to oil workers. The drug trade follows wealth, and is highly prominent through out Alberta, with a large presence in and around the oil sands. Illegal substances are more than accessible; they are routinely offered to oil workers.

The Alberta oil sands is notoriously a den of substance abuse and addiction, so much so that its rehabilitation treatment facilities are having to turn people away, put them on waiting lists or drastically shorten their programs. Throughout Alberta, whether someone is looking for a Calgary rehab program or an Edmonton addiction treatment center, they will find few facilities taking new clients. With the worker’s population and the availablity of addictive substances increasing simultaneously, the situation is becoming dire.

Government funded rehabs are maxed out and support groups such as Alcoholics Anonymous are carrying a large part of the weight of Alberta’s addiction problems. However, they are only intended to be supplemental support and cannot offer the safe recovery environment that inpatient rehab offers. Because of this, most substance abuse problems do not receive the attention they need, or they go entirely untreated, putting many lives at risk. Addiction treatment facilities and rehabilitation programs across Canada want to help aid the addiction crisis in the oil sands of Alberta, and those who struggle with drug and alcohol substance abuse problems in the oil field are encouraged to reach out for help as soon as possible. 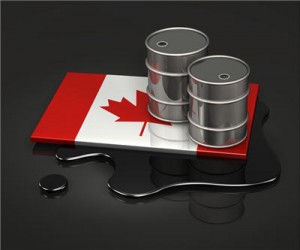 There is no question of whether or not Canada’s oil and gas industry creates jobs. In 2012, it employed 550,000 direct and indirect employees, according to a study done by the Canadian Association of Petroleum Producers.

But the darker underside of this oil culture is the working conditions it creates. The oil “pits,” or work camps, are overwhelmingly male dominated, built in remote places that are prone to extreme conditions, require workers to be on site for weeks at a time away from their usual support systems and provide little to no entertainment or recreation. Oil jobs also happen to pay an incredible amount of money, making these the ideal conditions for substance abuse and addiction problems.

A large legal controversy involving drug-testing at major oil companies alerted the public to this problem in 2011. Companies like Suncor, Canada’s largest oil producer based in Northern Alberta outside Ft Mac, are fighting for the power to randomly drug-test their employees as often as they see fit, but civil rights advocates and unions call the testing an invasion of the worker’s privacy. Suncor has defended its position, citing three deaths and a multitude of security incidents that involved drugs or alcohol at its facility since 2000.

These legal battles in Ft Mac news are creating public awareness of matters long known by employees of the oil industry. Oil workers recovering from addiction describe the battle for sobriety in the oil pits as nearly impossible. The pressure of long shifts over consecutive weeks builds until scheduled time off, when workers go into town with pockets full of money to burn. There, they have access to a range of addictive substances – every kind of liquor and drug on the market.

The oil companies do currently have the right to drug test in some instances, but this creates a trend of workers turning from marijuana, which can take weeks to flush from the body, to harder, more addictive substances such as liquor, cocaine and methamphetamines, which only take days to flush from the body. It is not long before these substances are abused by workers, on and off the job. It is not uncommon for drugs or alcohol to be used on site, even by workers who are operating large machinery.

The oil sands of Alberta near Ft Mac are notorious for this addiction culture, as it is the largest oil and natural gas producing province in Canada. However, the oil industry is expanding into other provinces as well, and if there were ever a time for Canada to develop a plan to combat future addiction problems before they are nationwide, it is now.

If you or someone you know works in the oil industry and is battling addiction, it could be that professional addiction rehabilitation is necessary. Addiction treatment programs that cater to the needs of those working in the oil industry are available to help you defeat your substance abuse problem.