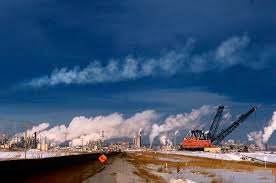 Addiction and substance abuse problems have claimed and destroyed lives, so why is it that the need for treatment in oil workers is so often overlooked? It is no secret that living in Fort McMurray means frequently encountering substance abuse and addiction problems. There is not much to do in Fort McMurray, particularly during the cold, harsh winters, which turns people toward heavy drinking and drug abuse. There is an obvious need for addiction and substance abuse treatment among many of the workers, but all too often this need is neglected and swept under the rug.

It is very important that workers in Fort McMurray know that it is acceptable to seek help for their substance abuse problems. If they express these concerns to the right people, they will be met with support and community, not judgment.

In Fort McMurray, the demographic of oil workers is almost entirely male, and a very masculine culture is present in the oil sands. This is typical of the working population in an oil boom town. It is also typical of boom towns that this largely male demographic tends to expend their testosterone by overusing illicit substances and alcohol. This practice is so popular and common that it becomes part of the community’s culture and mindset, which is very much what has happened in Fort McMurray.

The overwhelmingly male presence in a boom town like Fort McMurray is largely instigating the substance abuse and celebrating it, which means that anyone who is drawing negative attention to substance abuse is behaving in a counter cultural manner. Anyone who is growing concerned about their own inability to manage their relationship with addictive substances will be going against the group to voice these concerns and speak out against substance abuse. Men in these communities do not want to be ostracized, so they try to follow the traditions and values of the group, but this is not a healthy practice for those who are being harmed by substance abuse and addiction.